DoubleJet is a modular device generating 2 Atmospheric Pressure Plasma Jets, which could operate separately or simultaneously. The quality of each plasma jet is controlled by its own controlling system.

A brand new DoubleJet device has two plasma torches, which could be used simultaneously or separately. These two independent torches connected to one electronic cabinet allow treatment of two times larger surface, comparing to standard MonoJet device, or treatment of two different surfaces. The DoubleJet is assembled onto a trail together with cooling station. It makes the device easily transportable from one line to another when and where the treatment is needed. 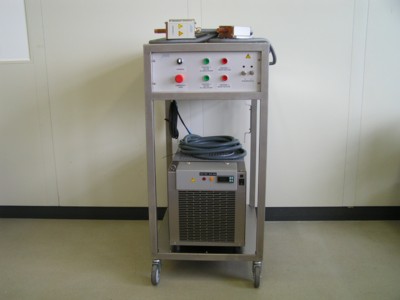